October 3, 2017 - Posted by: Ariel Krassner - In category: Uncategorized - No responses 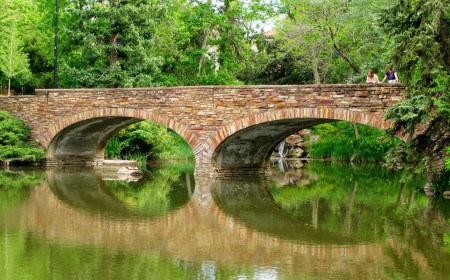 Prior to ‘What Works’ and soon afterwards EBPs there were few definitive signals about what direction a community corrections organization could or should take. For over 20 years now, however, our field has been faced with the challenge of implementing select EBP to a level of fidelity or competency never previously specified. And though the latter thresholds are very explicit signals, they have proven to be consummate challenges for agency staff to achieve. For example, competency markers or fidelity measures in MI such as the MITI-3.2 have been around for many years. Yet staff in few agencies can claim bragging rights to achieving the competency thresholds specified in this tool. And the same is true for performance assessment measures for other EBPs. When it comes to fidelity with EBPs, it appears we have exceeded the limits of what the ‘train and pray’ model can offer us.

Consequently, many agencies have made certain adaptations to further progress in improving fidelity with different interventions. One popular such adaptation is to create a position often referred to as the ‘EBP Coordinator’ or some facsimile of that title. The idea behind the EBP Coordinator being that the agency would be better served if someone were designated full-time to specialize in assisting the agency achieve greater fidelity to the agency’s priority EBPs interventions. Depending on the size of the agency or system, several individuals, not just one, might be promoted to this position. All hired with the hope that folks in this new role, over time can learn to train, monitor and when necessary, coach staff so that staff overall have a better grasp of each EBP the agency has prioritized. However, as it turns out, there may be a fly in this ointment; maybe more than one.

Consider if your agency EBP Coordinator(s) confront any of the following on a routine basis:

To the degree any of the above factors are present it might suggest that having the EBP Coordinators conduct more training, or introduce boosters, or QA may not be the most strategic use of their time. Let’s review this four different issues in more detail.

Underestimating Adaptive Change, is a key barrier to organizational change. Adaptive, as opposed to technical change entails all the unpredictable struggles involved when someone or some agency is attempting to change an important and fundamental routine. An example at an individual level might be sustained weight loss – a change many people can testify – has a life of its own and is so far from being easy an entire industry is predicated on ostensibly helping people succeed at this… but the evidence suggests they usually don’t (succeed). At an organizational level it could be something like adopting new roles (e.g., officers expanding into doing more skill rehearsal coaching with their higher risk clients). No sooner does an agency commit to move in this direction than push-back – the hydra-headed form of it – begins.

Having officers begin coaching their clients about disengaging their criminogenic factors doesn’t sound monumental until you begin to consider that the corrections workforce, unlike MH or AOD tx, has never experienced clinical supervision. Until recently, discussing much less deliberately practicing helpful interventions was a rarity. Consequently it should be no surprise there might be tremendous role problems (e.g., disagreement, confusion, bombardment, etc.) for many staff in adopting most EBPs. The underlying issue to all adaptive change is changing ourselves, our assumptions and our viewpoints.

Disarray in Skill Development comes from two different sources: 1) insufficient training follow-up (e.g., post training plans understood by respective supervisors of participants, credible feedback opportunities, individual coaching, communities of practice involvement, etc.); and, 2) training in the abstract (aka aboutism) too far removed from what the actual use context is going be. If you put these two sources of trouble together it quickly leads to indigestion that later translates to disdain for ‘the flavor of the day’.

Insufficient Vision results when leaders either can not, or will not inspire a shared vision for what the practice of the future looks like. Formal leaders that are reluctant to tap into distributed leadership and aren’t adequately informed regarding the chosen new priority innovations are apt to be quite challenged by this issue. In order for staff to commit to extended learning and real practice of skills they need to know what the prize is, why the skill set is important, how it fits into current practice, and what the specific step sequence is when its done wonderfully in their workplace. A shared practice vision is more than just a map to EBP Coordinators, it’s a banner for a dream full of possibilities they can bear with pride.

Very few corrections managers or first line supervisors have training and coaching in coaching. In the context of human services, coaching consists of three fundamental skills:

1)   Adequately conveying an image of the desired skill along with accompanying description and demonstration of the ‘marks’ that need to be hit to complete the skill;

2)   Setting up with adequate instructions a practice situation for the ‘coachee’ to execute/demonstrate an approximation of the skill;

3)   Providing objective performance feedback and additional instructions for modifying the next approximation or demonstration of the skill to generally be more challenging.

The above coaching procedures are not rocket science but since supervisors are neither trained nor coached in it, they seldom engage in it. Which means their direct reports – the line officers – who more and more are expected to coach and motivate clients, aren’t themselves being provided this support. Hence, I suppose, the perceived need for EBP Coordinators. The rub is that EBP Coordinators, even if they are well trained, can’t bridge the coaching gap; the numbers are too great. And even if they could close the gap, the absence of supervisors (and their senior managers) modeling strong coaching skills continues to contaminate the parallel processes that pervade human service agencies.

Simultaneously train a group of senior and mid-level managers along with staff candidates for EBP Coordinator position(s) in a robust coaching model. The model needs to be capable of supporting improvement in both technical issues (e.g., using sufficient complex reflections, rigorous use of role clarification, etc.) as adaptive change challenges (e.g., low levels of self-acceptance, role conflicts, inability to receive or give feedback helpfully). Have them create small (3-4 person) communities of practice that meet regularly to practice and support their developing coaching skills. Provide them independent coaching performance assessments from recorded sessions using reliable fidelity measures, as well as individual ‘zoom’ coaching sessions with the original trainers. Continue with this formula until 50% or more of the original participants hit pre-established competency markers.

Then select the next round of EBP Coordinators based on performance assessments and convene a steering group representing all levels of the agency to discuss and formulate a vision or model for the craft of future supervision. Initially the model needs only to establish the basic elements for building blocks. If this is done in concrete and context-specific terms it should delineate the differences between apprentice, journeyman and master craft status regarding the core competencies, it will suffice. This means certain markers denoting clear expected elemental competencies (e.g., ability to receive and give clear feedback, high tolerance for ambiguity, discernment regarding technical and adaptive change) for each level of development.

Finally employ the EBP Coordinators, along with some of the managers that achieved competency thresholds after being trained and coached in coaching to train and coach the remaining managers, starting with senior management, who by turns will train and coach their own direct reports. There will be varied opportunities for the staff with EBP expertise to share that knowledge and skill with division heads to overcome the silo problems. The Coordinators role at this level is to empower senior managers to bridge across divisions better while going deeper within into EBP within divisions. Ideally, the goal should be to get the EBP Coordinator or representative of this class of worker onto the senior management team.

Utilizing EBP Coordinators in this manner avoids the perennial problem of trying solve adaptive problems with technical solutions. It represents a strategic thrust that most agencies would be excited about even if it was only partially successful because it has built-in multiplier effects as well as sustainability.